Our little girl was handed to us on a cool, gray April day in the back room of a government building in Nanchang, China. She had just celebrated her first birthday in the orphanage that sheltered her that first year of life, and we impatiently counted the days until we could fly over and get our hands on her.

From the beginning, Grace had such a sweet and gentle disposition. When she was young, her dad and I thought she was the easiest child. She was so amiable and easy to satisfy. I could lay clothes out for her and she would wear them with no questions asked, unlike her younger sibling who resisted everything I suggested from the moment she could form an opinion of her own.

But as she got older, we noticed she had trouble expressing her own opinions and desires or wants. We would ask her if she wanted a second helping of food or if she wanted a new pair of jeans and she would shrug her shoulders, noncommittal. We soon realized it was not in her best interest for us to raise an “easy” child, and instead, we wanted Grace to be a young woman who could speak up for herself and express her needs, desires, and thoughts in a healthy manner.

I would never have wished this disease on anyone, most of all our precious 14-year-old daughter, but as we moved out of the fog and heaviness that was the onset of illness and diagnosis, we were able to catch little glimpses of goodness resulting directly from her fight with this rare disease. One such glimpse was the development of her voice.

Although I am by her side at every appointment and procedure, Grace has been forced to converse, explain, give opinions, and insist upon certain things about her health and treatment plan.

Recently, she went in for her monthly intravenous immunoglobulin procedure. Usually, the nurses have no problems finding her vein for the IV, but for whatever reason, on this day no one could get hers in. After sticking her four times, they offered to get the specialized unit to run the IV with guided ultrasound. She promptly said yes.

Because it was the day before Thanksgiving, the hospital was overloaded, and the special unit was going to be quite delayed in getting to Grace. The nurses kept coming in to ask if they could try one more time. New nurses came in and said they thought they could get it if they tried, but each time, they would look to Grace and she would hold to a firm “no.”

I was so proud of my girl. Not only was she learning how to advocate for her own health and well-being, but also she was becoming strong and independent, and using her voice for what she felt was best for her. The nurses had no idea what a big step it was for Grace to take into account what others wanted and then ultimately override their opinion for her own well-being.

At that moment, I was able to look past all the hindrances Lambert-Eaton myasthenic syndrome has thrown at Grace and see little glimpses of goodness coming from this journey.

“Find your voice and inspire others to find theirs.” – Stephen Covey

Note: Lambert-Eaton News is strictly a news and information website about the disease. It does not provide medical advice, diagnosis, or treatment. This content is not intended to be a substitute for professional medical advice, diagnosis, or treatment. Always seek the advice of your physician or other qualified health provider with any questions you may have regarding a medical condition. Never disregard professional medical advice or delay in seeking it because of something you have read on this website. The opinions expressed in this column are not those of Lambert-Eaton News or its parent company, BioNews, and are intended to spark discussion about issues pertaining to Lambert-Eaton myasthenia. 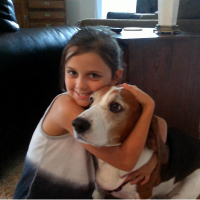